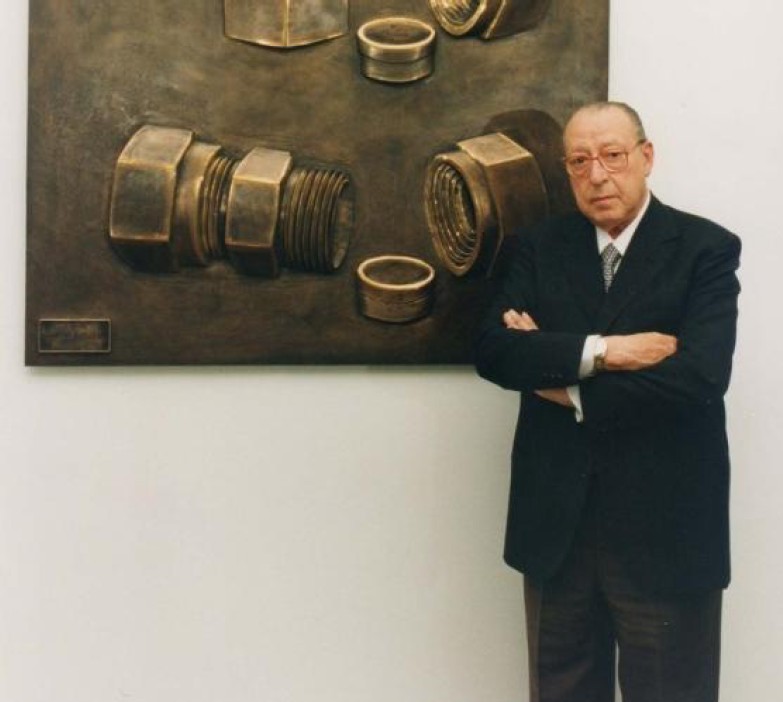 The founder of the company that makes fittings with 200 hundred employees died at 91 years of age.He was a supporter of many different associations and the municipality of Villanterio gave him a prize in 2014.Mr. Adriano Rastelli, the founder of the company Rastelli Raccordi with around 200 employees with offices in Villanterio and Valera Fratta,  is dead.He was 91 years old, four children, a life dedicated to his family and his company, that he started in1952. He started with a small shop in Borghetto that was doing mechanical turning.Step by step the small company grew, until it became a major player in the high precision fittings market. It exports in Spain, France, Germany and  starting a few years ago, in China. A lot of people are crying because of his death, including his 4 children and the entire town.The major Silvio Corbellini reminds that Adriano Rastelli gave jobs to many people in Villanterio and other towns and also supported different associations in the area.In 2014 he was awarded the San Giorgio Prize, as an acknowledgement of his entrepreneurial capabilities and deep humanity.He built his company with great effort, improving quality and innovation.Working together with his employees he created a multinational company with offices in Europe and also in China.The major remembered how many people, thanks this company , were able to work and improve their skills.Adriano Rastelli’s entrepreneurial capability went hand in hand with his love for Villanterio, town in which he was born, he grew up and worked all his life, the major Corbellini underlined.In addition, with great discretionality, he always put a big effort in helping the community. He is a point of reference for Villanterio and his death represents a huge loss for the entire community.

We use cookies on our website to give you the most relevant experience by remembering your preferences and repeat visits. By clicking “Accept All”, you consent to the use of ALL the cookies. However, you may visit "Cookie Settings" to provide a controlled consent.
Cookie SettingsAccept All
Manage consent

This website uses cookies to improve your experience while you navigate through the website. Out of these, the cookies that are categorized as necessary are stored on your browser as they are essential for the working of basic functionalities of the website. We also use third-party cookies that help us analyze and understand how you use this website. These cookies will be stored in your browser only with your consent. You also have the option to opt-out of these cookies. But opting out of some of these cookies may affect your browsing experience.
Necessary Always Enabled
Necessary cookies are absolutely essential for the website to function properly. These cookies ensure basic functionalities and security features of the website, anonymously.
Functional
Functional cookies help to perform certain functionalities like sharing the content of the website on social media platforms, collect feedbacks, and other third-party features.
Performance
Performance cookies are used to understand and analyze the key performance indexes of the website which helps in delivering a better user experience for the visitors.
Analytics
Analytical cookies are used to understand how visitors interact with the website. These cookies help provide information on metrics the number of visitors, bounce rate, traffic source, etc.
Advertisement
Advertisement cookies are used to provide visitors with relevant ads and marketing campaigns. These cookies track visitors across websites and collect information to provide customized ads.
Others
Other uncategorized cookies are those that are being analyzed and have not been classified into a category as yet.
SAVE & ACCEPT
Scroll